Did you know that one of our own teachers has been at Woodlawn since he was a toddler? Mr. Clegg first attended Woodlawn School as a preschool student and has been part of the school community ever since.

Mr. Clegg was born in Arkansas, the youngest of 5 children. His family moved to Northeast Portland’s Woodlawn neighborhood shortly after he was born. In fact, his parents still live in the same house where Mr. Clegg grew up, near P’s & Q’s Market.

While Mr. Clegg was a student at Woodlawn School, the school’s mascot was the Woodlawn Whiz Kids. Mr. Clegg participated in the Safety Patrol, which would send older elementary students all the way down to the intersection of NE Dekum and NE 13th Street to help younger students safely cross Dekum Street without any adult supervision.

As a student, Mr. Clegg also participated in an African Dance Troupe, which was sponsored by the school, and would perform at school assemblies across the Portland Public School District.

The mural in the front hallway of Woodlawn School was painted while Mr. Clegg was a student here. Painted by Isaac (now Isaka) Shampsud-Din, a famous African-American artist from Portland who painted many other murals around Portland Public School buildings and the City of Portland, the mural depicts students who actually attended Woodlawn School at the time the mural was painted!

After high school, Mr. Clegg attended Western Oregon University and Portland State University, where he received a degree in elementary education, with an endorsement in special education. During the time that Mr. Clegg was in college, his nephews attended Woodlawn School and Mr. Clegg spent time volunteering in their classrooms. He was hired for his first teaching job at Woodlawn after graduating from college. The first classroom he ever worked in is now Mr. Lowry’s classroom.

Mr. Clegg says that the Woodlawn School community inspired him to become a teacher. He believes it is important to give back to the community and help all students succeed. As is evident to anyone who has visited his classroom, Mr. Clegg is passionate about activism and speaking out against inequality around him; he sees himself as an agent of the change he wants to see in the world. In order to help students new to the US be successful, he has taken the time to learn Spanish. He is a member of the Portland Teachers’ Program, which is a cohort for teachers of color within Portland Public Schools. 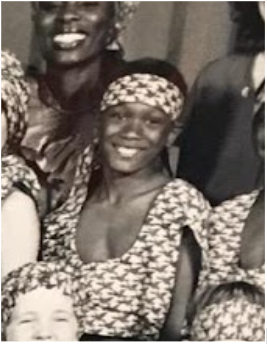